The international community is working with the relevant Somali stakeholders on measures to maximise the technical integrity, transparency and credibility of the electoral process.

The electoral budget has been agreed with the Federal Indirect Electoral Implementation Team (FIEIT). International partners have committed funding, administered through mechanisms set up under the auspices of the United Nations, to ensure the electoral process can be implemented without additional delays and that a mechanism for timely disbursement is in place.

International partners – including the European Union, Germany, Italy, Japan, Norway, Sweden, the United Kingdom and the United States – are providing approximately 60 per cent of the required budget, which will be supplemented by funding generated through candidate registration fees and resources from the Federal Budget. That should complete the funding requirements.

Technical support funded by international partners is already being provided to the FIEIT, and the FIEIT has commenced its work in briefing members of the State-Level Indirect Electoral Implementation Teams and traditional elders, and finalizing its rules and procedures.

With funding on track, the focus now should be on reaching final agreement at the upcoming National Leadership Forum (NLF) in Mogadishu on key outstanding issues. As time for the implementation of the electoral process is becoming critically short, international partners stress the need to abide by the agreed framework for the electoral process.

“The tournament is about to begin,” said the Special Representative of the UN Secretary-General for Somalia Michael Keating. “This is an exciting and very significant moment for Somalia. The full rules of the game must now be confirmed by the NLF, and the goalposts must not be shifted”.

Voters in the self-proclaimed republic of Somaliland are heading to the polls on May, 31 to choose their member of parliament for the first time since 2005.

Somaliland broke off from mainland Somalia after the regime of Siad Barre in 1991.

The 5.2 Million citizens of Somaliland will be making yet another stab at global recognition as some 1.3 million voters head to the polls to choose 82 members of parliament and 247 local councils.

An election whose measure of democracy Somaliland hopes to use in its quest to certify its sovereignty.

The elections is observed by over a hundred international observers including Uganda’s former opposition leader, Kizza Besigye and ex-president of Sierra Leone, Ernest Bai Korma.

”Our visit to the headquarters of the Somaliland National Electoral Commission left us with a good impression about the Commission’s preparedness to conduct peaceful and credible elections,” said in a Twitter post. 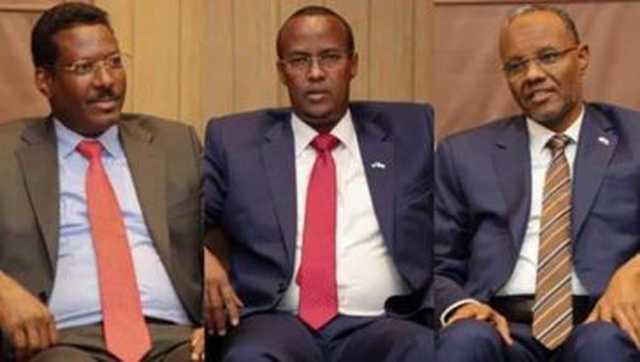 The regional state leaders of Southwest, HirShabelle, and Galmudug allied with incumbent President Mohamed Abdullahi Farmaajo have opposed to any form of extension on Tuesday evening.

In a joint statement Galmudug and HirShabelle called for dialogue based on 17 September pact.

“We agreed that the country should hold elections as soon as possible and that any form of extension should be abolished,” read part of the joint statement by HirShabelle and Galmudug.

Southwest leader Abdiaziz laftagaren also opposed the term extension of the President just an hour after Galmudug and HirShabelle released a joint statement.

The move by the three regional states allied to President was welcomed by Somali Prime Minister Mohamed Hussein Roble who also instructed the military commanders to pull back forces to their locations and barracks.

“I would like to welcome the press statements made by Galmudug and HirShabelle federal states, ” PM Roboe said in a statement.

“I call on the FMS states of Puntland and Jubaland and Benadir region to fully commit to a peaceful process in our efforts to hold free and inclusive election, ” he added.

“The UN in Somalia noting statements by Qoorqqor, Ali Gudlawe, PM Roble and others recalls int’l partners position: consensus is vital for any electoral process; only 17 September model can be endorsed by FGS and all FMS; all parties must reject violence and resume dialogue, ” the United Nations said.

The development comes as families in some parts of Mogadishu fleed from their residences and moved to other district followings clashes.

Somali National Security Minister Hassan Hundubey has warned opposition groups to be wary of “unknown elements” including Al-Shabaab and Daesh who might seek to use the current crisis to inflict harm to the public.

Speaking to the media on Tuesday said that the government may take action to confront people with the “behaviour of militias” who are taking advantage of the situation.

“The government has enough troops to take control of the city. It is Ramadan, but more actions need to be taken to prevent it.” mr. Hundebey said.

”The reason the prime minister called for dialogue is that the government does not want the fighting to affect the residence,” he added.

The remarks by the interior minister come hours after the international partners strongly condemned the outbreak of violence in the capital.

“We are alarmed especially by the emerging fragmentation of the Somali National Army along clan lines, which detracts from its primary task of combating Al Shabab and protecting the Somali population. Use of security forces for the pursuit of political objectives is unacceptable” the statement read in part.

As tensions increase in Mogadishu following Sunday clashes between government soldiers and those who were against President Farmaajo’s two years term extension.