THE European Union will give the African Union 165 million euros ($187 million) to fund its mission against Somalia’s Al-Shabaab militants.

The cash will be used to pay the salaries of troops, police and civilians as well as for the Somalia mission’s operational costs for the seven months through year-end, the African Union said Monday in an e-mailed statement.

Uganda, Kenya, Ethiopia, Burundi and Djibouti contribute troops to the AMISOM mission that was created in 2007.

Al-Shabaab is trying to overthrow the Western-backed government in Somalia and establish a strict version of Islamic law. The group still carries out frequent gun and grenade attacks even after losing control of large chunks of territory to government troops backed by the African forces.

The mission has in recent months had to contend with allegations of malpractice, including theft of supplies and non-payment of soldiers.

In September Uganda media reported the country’s soldiers had not been paid for nine months, following a deadly militant attack on Ugandan peacekeepers. Army spokesmen said the arrears were less—at five months.

The Somali government, whose soldiers support AMISOM, has also struggled to pay its soldiers, fuelling concern that disgruntled soldiers were were hurting the counterterrorism fight, with a potential to set frontline countries such as Kenya and Uganda on edge.

A surge in Al-Shabaab attacks targeting the mission raised concerns of internal disorganisation.

A leaked UN report said that senior Somali military officials have been inflating troop numbers with a view to benefitting from donor funding.

According to the UN Monitoring Group, the “extent of misappropriation and impunity within SNA has dented donor confidence” in the government. Mogadishu has said the UN concerns are without merit.

In September Britain said it would send up to 70 troops to Somalia to support soldiers of AMISOM but did not give a date. 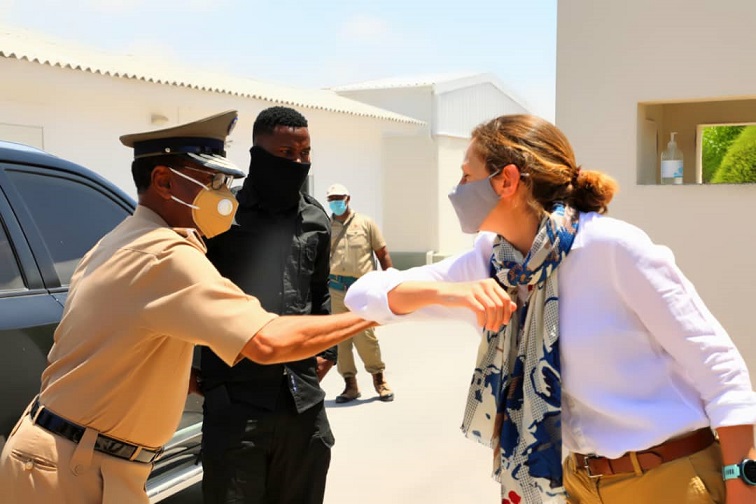 The two sides discussed a number of issues, including strengthening British support for the force and ensuring security for the elections.

Gen. Hassan is the police commissioner and tasked with the provision of security in the horn of African nation.

”The meeting focused on the security of the Federal Elections and the UK’s support for the Police Force,”

During the meeting, which took place at the UK Embassy in Mogadishu, the two officials exchanged briefings, with the Ambassador praising the hard work of the Somali Police Force.

The Chief of Police thanked the UK Government for its support to Somalia in general and the Police Force in particular.

The UK government is one of the main supporters of Somalia’s state-building process, including security forces and the police. 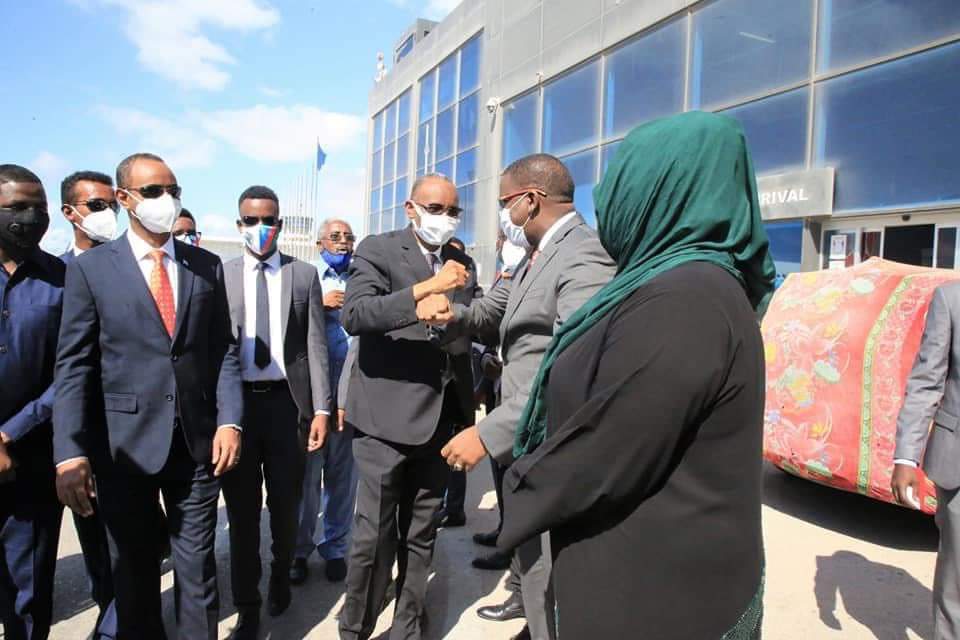 Southwest State president, Abdiaziz Hassan Laftagareen has today arrived in Mogadishu ahead of talks between the Federal government and its member states.

Laftagareen arrived in Mogadishu for the sixth round of electoral talks with the federal government and other regional state leaders.

The delegation led by the Southwest leader was welcomed at the airport by officials from the federal government.

A Fortnite ago, Jubaland President Ahmed Madobe and his closest ally, the president of Puntland, Sai Abdullahi Deni landed in Mogadishu.

The sixth round of electoral talks between leaders of FGS and FMS are set to take place at the Airforce Hangar within Aden Adde Airport in Mogadishu on Monday.

With Puntland and Jubbaland leaders insisting the September 17 Agreement re-opened to include the Council of Presidential Candidates (CPC) which comprises 15 presidential candidates, talks may once again fail to yield a concrete agreement.

The two leaders also demanded the talks be expanded to include demands by the opposition which include the exit of Famraajo from office and removal of senior security chiefs whom the opposition accused of working at the behest of Famraajo. 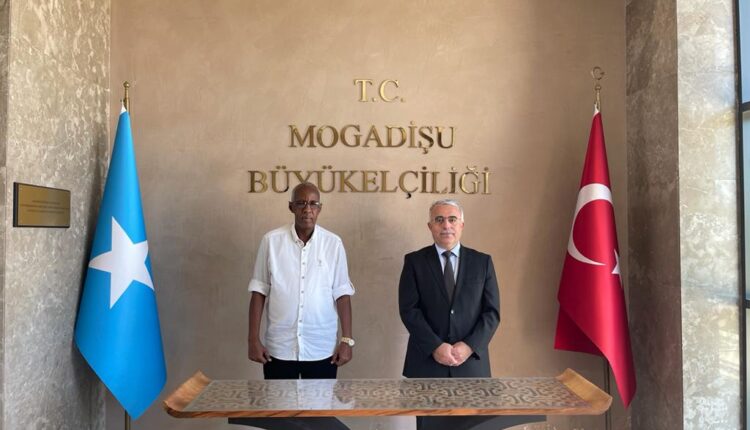 The two sides discussed bilateral relations and strengthening cooperation between our two countries in the capital.

”Pleased to meet H.E. Mukhtar Hussein Afrah, Minister of Interior, Federal Affairs and Reconciliation of Somalia,” the Turkish embassy said in a tweet.

”Discussed bilateral relations and strengthening cooperation between our two countries.”

Turkey’s Yilmaz, on his part, promised more support for Somalia as his country has provided in the Horn of Africa country since 2011.

Since 2011, Turkey has taken part in many projects in Somalia that include humanitarian, infrastructure and developmental aid.